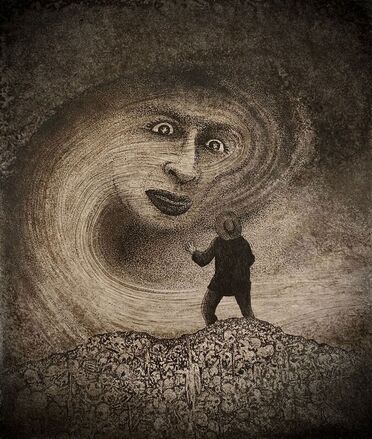 not from here is a graphic novel in progress by the collaborative team of evan carroll, denise burge, and rob jefferson that documents the life of irish-born writer, lafcadio hearn (1850-1904). hearn spent most of his life abandoned or wandering and still found ways to believe in the world. with help from the university of cincinnati and the hearn society of cincinnati, this team is a couple of years into an illustrated biography of one of the literary world's more mysterious, yet lesser known writers.
​
denise summarizes him best:

"The eccentric 19th-century writer Lafcadio Hearn is a folk hero in Japan, having been one of the first Westerners to write respectfully about their culture and beliefs. But almost NO ONE knows that he began his career here in Cincinnati, writing lurid and macabre journalistic tales about the underbelly of early-industrial urban life. "


there have been plenty of sketches and materials testing as this project has evolved and fortunately, it is now coming into focus in story and style. 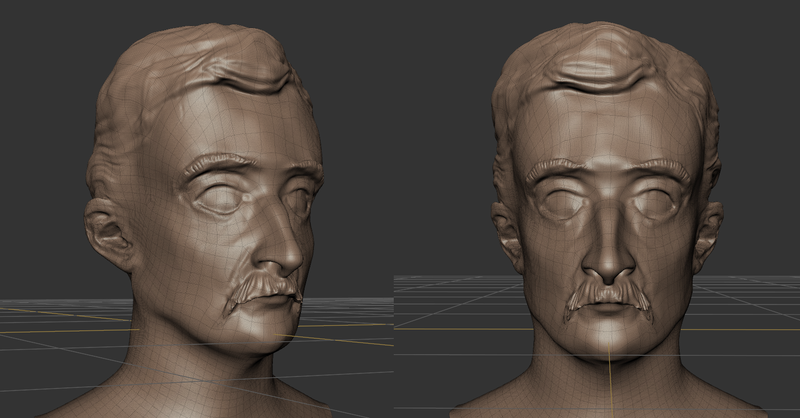 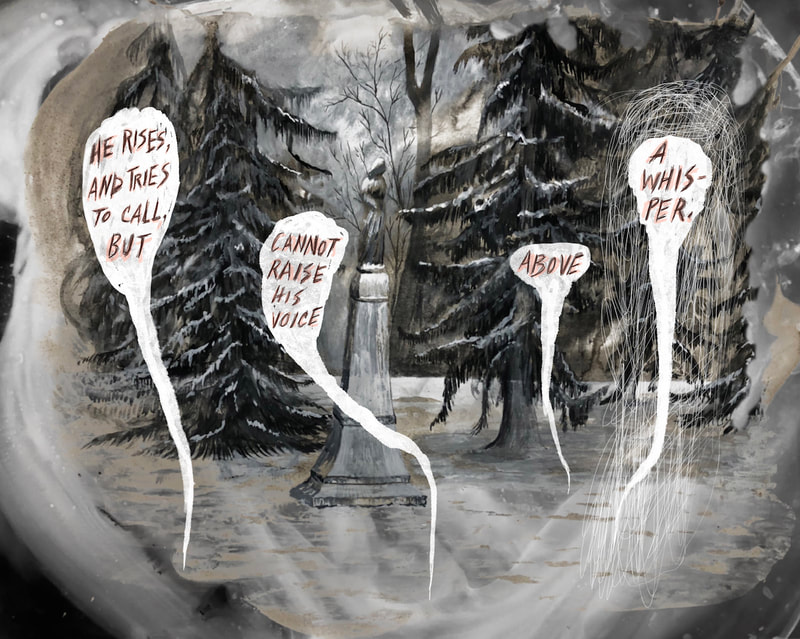 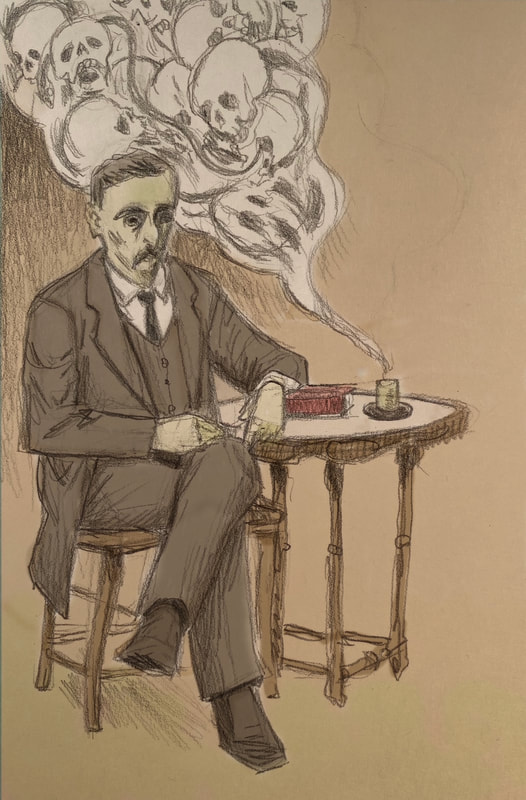 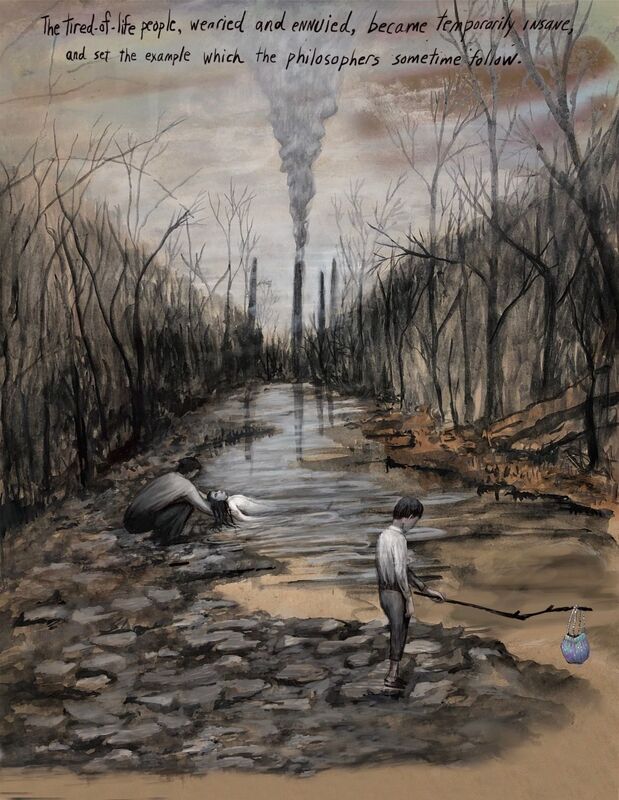 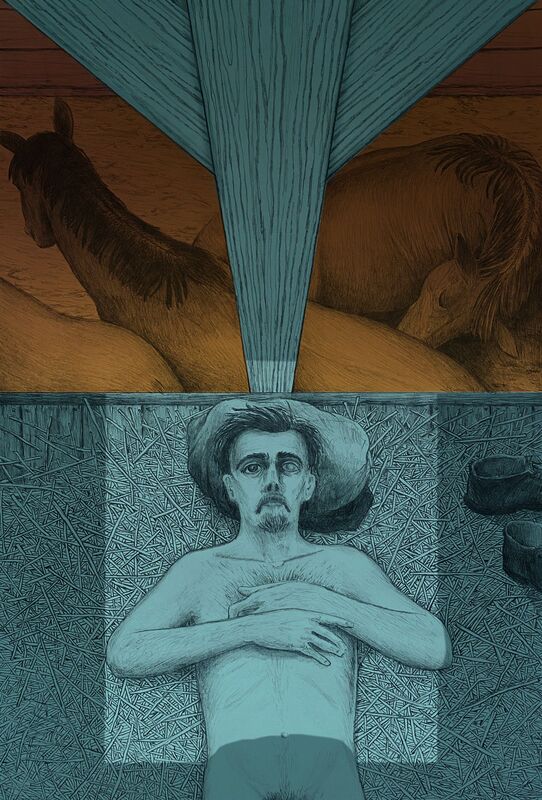 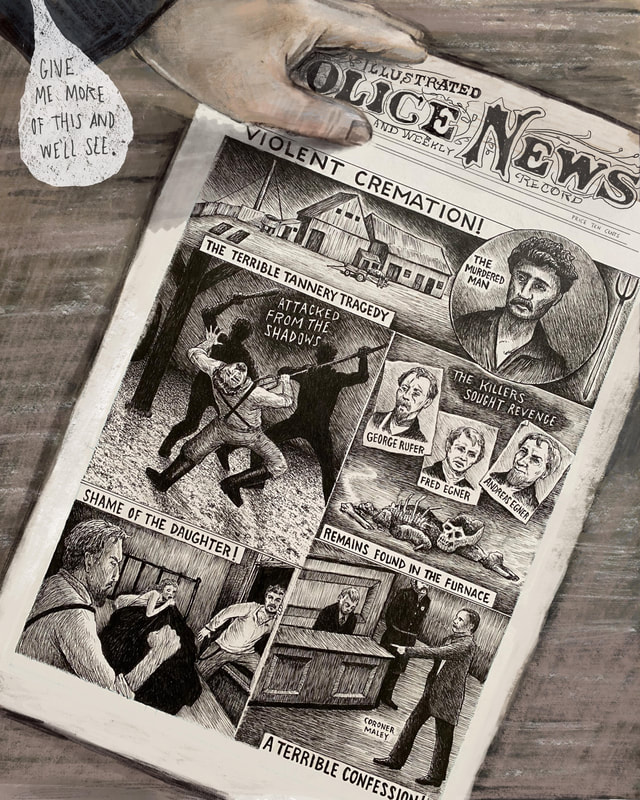